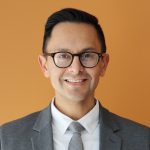 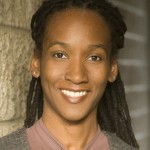 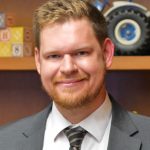 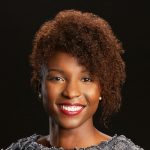 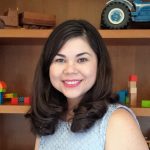 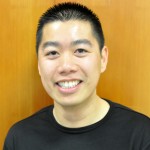 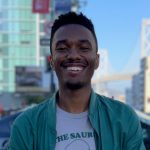 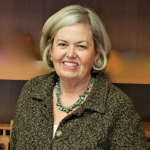 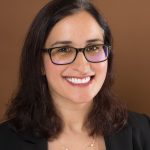 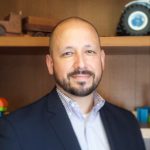 Bradley Brownlow is a partner at Holland and Knight, LLP in San Francisco. Mr. Brownlow is a 2001 graduate of Vermont Law School and specializes in environmental and land use law.

Daniel Stringer completed his Ph.D. in the Learning Sciences and Technology Design program at Stanford University.  His research examines the impact of new digital technologies on youth development and learning.

Lisa Holder is a trial attorney and legal scholar, whose career in criminal law began in Los Angeles in 2000.  She is an active participant in the legal community, and a member of associations.  Ms. Holder focuses her work on cases involving employment discrimination, police misconduct, and international human rights abuses. She obtained her degree from the New York University School of Law in 2000, and graduated from Wesleyan University in 1994.  Ms. Holder joined the Child Care Law Center Board of Directors in 2015.

Moony Tong is a Financial Services Manager with the County of San Mateo. He has served in financial management roles in health and human services agencies including as Controller for Wu Yee Children’s Services and as Director of Finance and Operations with Donaldina Cameron House in San Francisco. Moony received his Masters in Public Administration from San Francisco State University. Mr. Tong joined the Child Care Law Center Board of Directors in 2015.

Mary  Gutierrez is the Early Care and Education Campaign Director for SEIU California, which serves as the political and legislative arm for over 700,000 California workers. In her capacity, Ms. Gutierrez is responsible for leading the work that strives to meet the unions’ vision of a strong early care and education system.  One that works for our children, parents and the early care and education workforce. Ms. Gutierrez joined the Child Care Law Center Board of Directors in 2016.

Roberto Viramontes previously served as the Children’s Deputy for Los Angeles County Supervisor Hilda L. Solis. Prior to that, he served as a Policy Analyst for First 5 LA, focusing on early childhood education. He also served as Vice President of Education Policy for First Focus where he monitored legislation development as it relates to K–12 education, advocating for education policy that promotes educational equity for the students that face significant barriers to learning and academic achievement. Aside from policy work, Mr. Viramontes has also dedicated a portion of his career to helping high school students as a social science teacher for Green Dot Public Schools. Mr. Viramontes earned his BA in History from California State University Fullerton, his MA in Education and teaching credential from Loyola Marymount University, his MPP from the University of Southern California, and his Executive Certificate in Nonprofit Management from Georgetown University – Public Policy Institute.

Natasha Saggar Sheth is a Deputy Attorney General at the California Department of Justice, with a background in civil litigation, policy reform, and legal editing. She holds a Bachelor of Arts in Art History and History from the University of California Los Angeles, and received her JD from the University of California Hastings College of Law. Ms. Saggar Sheth joined the Child Care Law Center Board of Directors in 2017.

Samuel Levine is a Senior Associate at Gilead Sciences. He completed his Bachelor of Science in Chemistry, Biochemistry, and Political Science at the University of Washington, and received his JD from Santa Clara University. Mr. Levine joined the Child Care Law Center Board of Directors in 2017.

Rachel Boyce is a transactional attorney and a member of Cooley LLP’s business group. She focuses her practice on all stages of real estate transactions including financing, acquisitions and leasing. She also works on general corporate matters, project finance and entity formation. Previously, she worked at Holland & Knight in San Francisco. Rachel holds a Master of Laws from the University of California, Berkeley, a Masters and Bachelors in Science in International Relations from University of the West Indies, and a Bachelor of Laws from the University of London. Ms. Boyce joined the Child Care Law Center Board of Directors in 2018.

Paula Mathis has over 20 years of experience as an advocate for early childhood development and education. A volunteer since 1995, she has been an active leader and board member for numerous child development programs in Orange County. She holds a BA from UC Davis and a Doctorate of Pharmacy from the University of California San Francisco. Ms. Mathis joined the Child Care Law Center Board of Directors in 2018.

Ernest Hammond III is Associate Counsel at Uber. A native of Illinois, Ernest was raised on the south side of Chicago. Having attended the University of Florida on a full merit-based tuition scholarship, he graduated from college with a B.S. in Psychology. After college, Ernest immediately entered law school at American University’s Washington College of Law in Washington, D.C. After his first year of law school, Ernest transferred to Washington and Lee University School of Law where he earned his JD and served as a judicial extern for the Honorable James R. Swanson of the Roanoke County Circuit Court. He also served as the Director of Corporate Relations for the Mid-Atlantic Black Law Students Association. An experienced contracts attorney with a demonstrated history of working across sectors and industries including pharma, tech, and financial services, Ernest relocated to the Bay Area in 2017 to work for Stanford University School of Medicine before transitioning to a biotech company specializing in immuno-oncology therapeutics. In his current role at Uber, Ernest supports a wide variety of commercial transactions and provides product counseling to key stakeholders on a range of legal issues. Ernest is a devoted follower of Chicago sports teams as well as the Florida Gators’ basketball and football teams. He passionately enjoys playing tennis, traveling, fighting for social justice, and mentoring high school and college students.